SAFAR works in the space between government and civil society to build and demonstrate practical interventions that deepen democratic governance such as pro-active disclosure of government information, social audits, transparency in decision making, facilitation support in accessing basic entitlements, and grievance redress, and pursue them till they are institutionalized. Through accountability-in-practice, we also work to expand our collective thinking around accountability through research and reflection. We teach the theory of social accountability that is emerging from our collective practice to students of Masters in Public Policy at the National Law School of India University (NLSIU), Bengaluru. 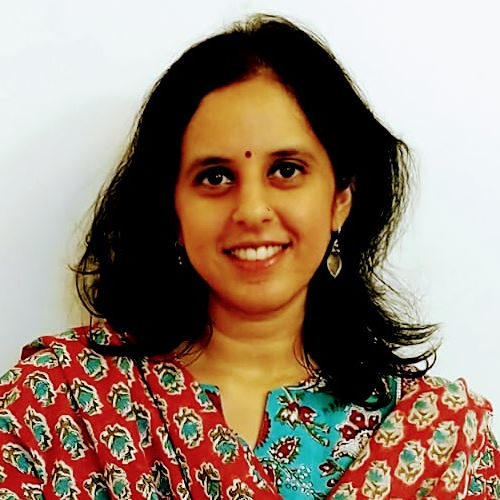 Rakshita Swamy is the Founder and Director of SAFAR. She has worked towards advocating and institutionalizing transparency, accountability and citizen participation in governance, through her collaborations with Central and State Governments and Civil Society Organizations. Her work focuses on conceptualizing, demonstrating and institutionalizing mechanisms that enable disclosure of information, time bound grievance redress and social audits in the delivery of schemes and functioning of public institutions. She worked with the Ministry of Rural Development with a mandate to support State Governments in implementing social audits under the MGNREGA, and drawing institutional synergies on social audit with the Comptroller and Auditor General of India. She is associated with the Right to Information and Right to Work campaigns. She has a Masters in Social Policy and Development from the London School of Economics and Political Science and a Bachelors in Economics from Ladhy Shri Ram College, University of Delhi. 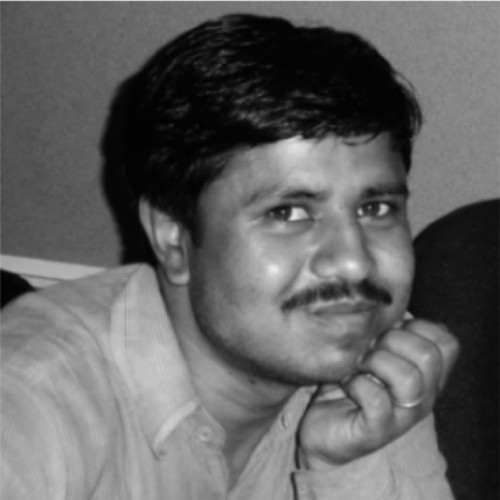 Paras Banjara has been working towards promoting the rights of nomadic tribal of Rajasthan, being a vocal member of the community himself. He has worked with the Government of Rajasthan as a Programme Officer of MGNREGA in the past, and has been associated with the Social Audit Unit of the State of Andhra Pradesh, National Campaign for Protection of Child Rights and Centre for Policy Research, for developing institutionalized platforms for citizen centric accountability in the fields of education and rural development. He is associated with the Soochna Evum Rozgar Adhikar Abhiyan of Rajasthan over the past two decades. He is SAFAR’s State Coordinator for Rajasthan. 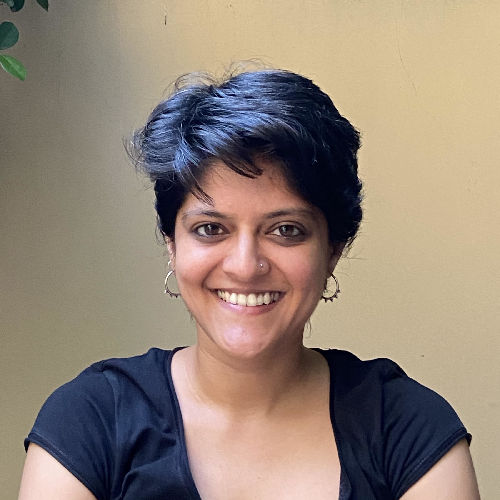 Anindita Adhikari is the Director of SAFAR. She is a PhD Candidate in Sociology at Brown University, where her research examines accountability and welfare rights in India with a focus on social audits and the grievance redress law in Bihar. She has been associated with the Right to Work, Right to Information, and Right to Food campaigns. Anindita has previously worked with the Government of Bihar and the Ministry of Rural Development on employment, social security, and land issues. Her work has been published in journals such as Development and Change and World Development. 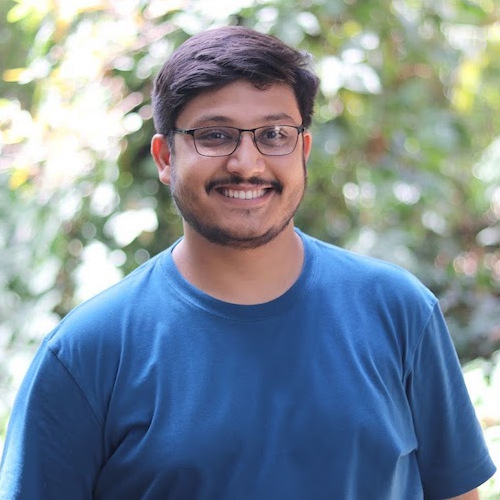 Khush has a master’s in Public Affairs with a specialization in Public Policy Analysis from the Brown University and an undergraduate training in Civil Engineering from Gujarat Technological University. During his time at Brown, Khush led the research for the Habitability Initiative at the Mayor’s office of Complete Communities in Houston (Texas, US) that aimed at providing policy recommendations to the city administration for improving the quality of low-rent, affordable multi-family housing stock in the historically underserved communities. Prior to Brown, He was associated with the Indus Action Initiatives to lead their state operations in Gujarat in order to advocate for the implementation of the Right to Education in a transparent, inclusive, and accountable manner. He also worked on institutionalizing Social Audit in the state of Haryana among other governance reform projects as the Chief Minister’s Good Governance Associate. Khush has also been a Gandhi Fellow where he spent two years working with the tribal communities in Dungarpur on issues like education, livelihoods, and agriculture. He is the National Coordinator at SAFAR. 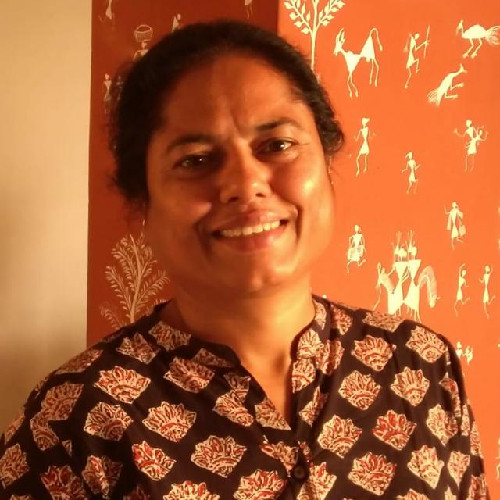 Shailaja Aralkar has worked with rights-based civil society organizations, campaigns and movements in various capacities and has been involved in advocacy with the Government of Maharashtra for issues such as health, education, social security particularly for marginalized and unorganized workers. Her work includes efforts to build capacity of front-line functionaries and activists on issues like gender, sexuality, human rights and community health through her association with Institute of Health Management Pachod (IHMP), National AIDS Research Institute (NARI), Yashwantrao Chavan Academy of Development Administration (YASHADA). Shailaja has been actively advocating for the right to dignified work and wages for women waste pickers, and is associated with Kagad Kach Patra Kashtakari Panchayat (KKPKP), a trade union of waste pickers in Pune and SWaCH. She is SAFAR’s State Coordinator for Maharashtra. 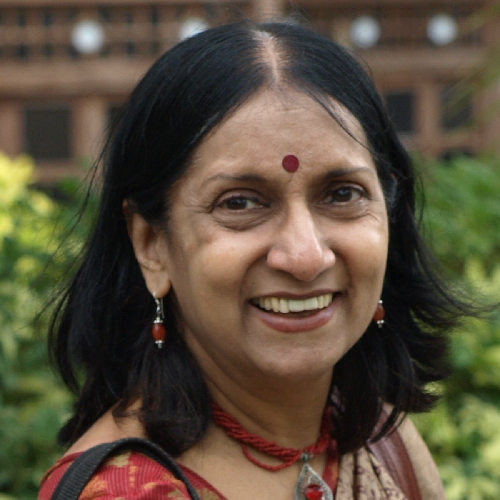 Kathyayini Chamaraj has been associated with Citizens’ Voluntary Initiative for the City of Bangalore (CIVIC) for the past thirty years. She has been working towards the better implementation of laws that promote greater transparency, accountability and people’s participation in urban governance. She is associated with state and national campaigns on right to information, right to food and rights of social security for workers of the unorganized sector. She is an avid writer and has contributed towards more than 350 articles on social and development issues in the press. She is SAFAR’s State Resource Person for Karnataka. 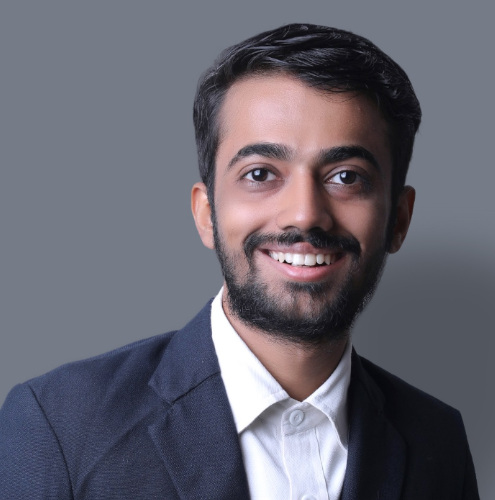 Hardik has worked to expand access to the right to food, right to work and right to information with ANANDI in Gujarat. He has supported the Government of Maharashtra in conducting a research project documenting the positive impact of the forest rights act among tribal communities. He is associated with the Ministry of Social Justice and Empowerment’s National Resource Cell of Social Audit as a master trainer for building capacities of State Social Audit Units. Hardik has completed his bachelors in archaeology from MS University, Baroda and holds a Master Degree in Social Work from Tata Institute of Social Sciences, Mumbai. Hardik is SAFAR’s State Coordinator for Karnataka. 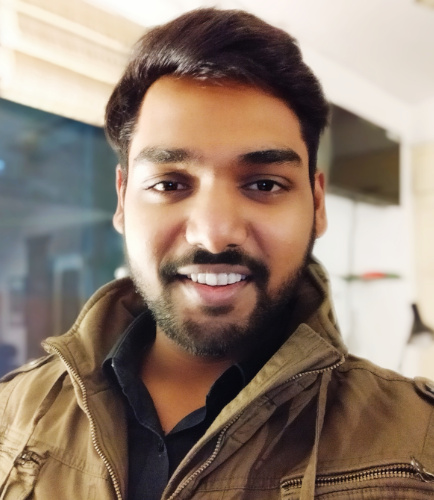 Kapil has been volunteering with transparency and accountability movements, farmers’ and workers’ movements, environmental and social justice movements, etc. As an undergraduate law student, he effectively used the Right to Information (RTI) Act, 2005 and Public Interest Litigations (PILs) to make public authorities transparent and accountable in their functioning. As a Masters student, he studied the larger process and inter-relationship between Development, Displacement and Environmental Degradation through the study of a developmental crisis unfolding in the Aarey Forest in Mumbai in the year 2019. Kapil holds a Master of Laws in Access to Justice from Tata Institute of Social Sciences, Mumbai and pursued B.A. LL.B. (Hons.) from Guru Gobind Singh Indraprastha University, Delhi. Previously, Kapil has worked with Indian School of Democracy (ISD) as a Senior Research Associate. He is SAFAR’s State Coordinator for Bihar. 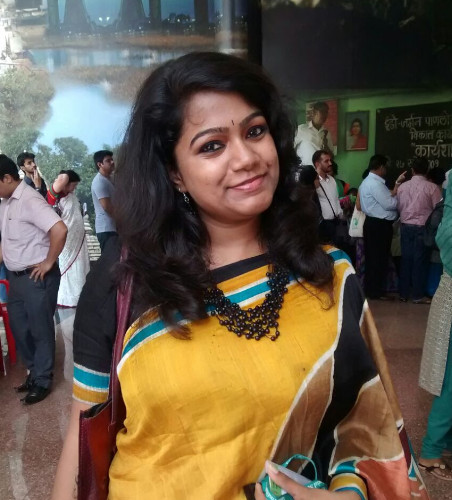 Vidya Viswanathan is an environmental and social justice researcher and is the co-author of a number of articles and papers understanding the efficacy of environmental regulations in protecting ecology and managing social conflicts induced by land use changes on the ground. Her research interest areas include methods of strengthening environmental governance, including regulations, with a focus on building better and collaborative interfaces between citizens and regulators to build an accountable and a democratic governance system. Vidya has worked with both environmental organizations and the Government through her stints at the WWF and the Ministries of Labour & Employment and Rural Development. Her last stint was with the Centre for Policy Research in Delhi, where she led a 40 member’s strong action research program on Environmental Justice for over three years. She has a Masters in Social Work with a specialization in Community Organization and Development Practice from the prestigious Tata Institute of Social Sciences, Mumbai, and a Bachelors in Economics from the University of Delhi. Vidya leads SAFAR’s work on accountability and the commons. 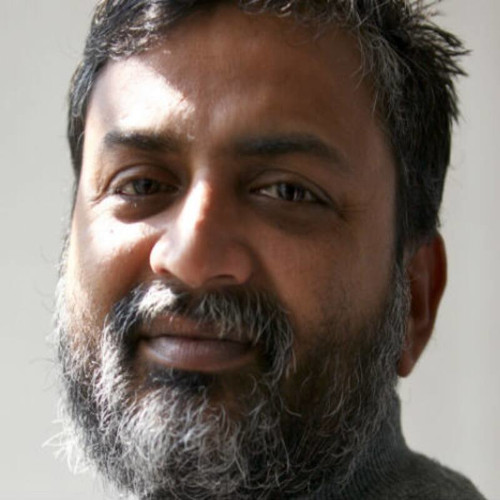 Tarun is an award-winning documentarian, Hindi poet and political activist based in Shillong, Meghalaya. His imagemaking has been an adjunct to his political preoccupations on themes such as everyday life of resistance movements, borders and belonging and destruction of indigenous modes of production. His photographs have been exhibited at the Welsh International Festival of Photography in Cardiff and Chennai Photo Biennial. He has worked as an editor on notable films such as “Red Ant Dream” (Editor & Co-Writer, Sanjay Kak, 2014) and directed music videos for bands from Shillong. He is one of the founder members of North East India Audio Visual Archive and alt-space, an independent cultural and political space in Shillong, and is a member of Thma U Rangli Juki (TUR), a progressive people’s group in Meghalaya. He is also a member of Raiot Collective.